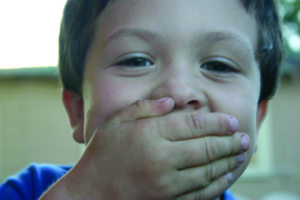 One of my favourite-ever Facebook status updates was a sign saying “Teenagers! Tired of being harassed by your stupid parents? Act Now! Leave home, get a job and pay your own bills while you still know everything!”

Although, it seems, teenagers don’t know everything about social media. Despite their much-vaunted tech-savviness and their uncanny ability to programme household media devices, upload fascinating Minecraft game content to YouTube and guess the password to your iPad,  it seems many teens put their braincells to one side when it comes to their social media accounts – especially Twitter.

Failure to engage brain before putting Twitter into gear has often been cited as the cause of wrecked relationships and careers that fail to get off the ground, even if it was just a job flipping burgers.

But are adults – even those who ‘run’ their company’s or client’s social media accounts – much better? Apparently not. Here are five things we could all learn from the Twitter #fails of those who should have known better:

1. If you’re using a hashtag, make sure it makes sense when you read it. Oh dear, Susan Boyle’s PR team.

2. Check your spelling before you press send. And that includes you, Ed Miliband.

3. If you’re after public engagement, be careful what you ask for.  You could get more than you bargained for.

4. Make sure your friends really are who they say they are. Especially if you’re the Prime Minister.

5. Check you’re sending from the right account. Having personal and business accounts open on Tweetdeck (other social media aggregators are available) could have been the problem behind Chrysler’s social media firm insulting the drivers of its home city back in 2011.

Nothing works faster than Twitter when it comes to spreading news. It can connect you to your customers, voters and fans for free. But get it wrong, and it could cost you more than you ever imagined. No wonder the man who became synonymous with one of the biggest corporate PR disasters of the 1990s doesn’t dare use it.