Press releases: all you need to know 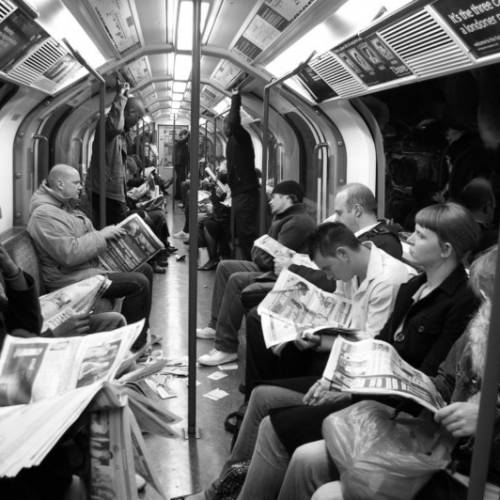 How to write, format and send a press release so it will be picked up by the media.

Copywriters are a versatile bunch. We can turn our hand to most wordy stuff – websites, advertisements, blog posts, emailshots, sales brochures… you name it.

We’re used to getting your message out there in the most effective way. But when it comes to press releases, the rules change a bit.

Why press releases are different

When you write sales or blog copy, you’re writing for your customers.

But while copywriting is all about telling people how great something or someone is, PR is getting someone else to do it for you.

So the most important person you’re addressing is the journalist you’re sending the story to. If it’s not what they’re looking for, it will go straight in the bin.

News media isn’t the place for blowing your own trumpet or demonstrating your creativity.  You need to show the editor quickly and effectively why this is a story they should be covering, and make sure it’s easy for them to do so.

What is a press release?

It might seem obvious, but a press release is information that’s going to be of interest to the media.

You may think a new computer system which has cost a fortune and revolutionised the company’s admin function is interesting news, but the media couldn’t care less.

So the first thing you should ask is, “Is this news?”

And if it’s not, “Can I make it relevant to the news?”

For example, if there’s a celebrity or royal wedding coming up and you have a lovely wedding venue or have anything to do with the celebrity, you may find lifestyle journalists more receptive than they would otherwise be.

Equally, something that may seem quite boring but which creates another 20 local jobs will be of interest to the local paper.

How to get started

Creative copywriting is about telling a good story. And with a press release, you need to get that story told very quickly.

This means making your headline clear and attention-grabbing.

Say you’re launching a new sat nav with a great in-screen preview function. The headline, “Let us show you the way,” might be great for an ad or a brochure, but will mean nothing to a journalist.

But something like, “New sat nav from Bloggs Devices has in-screen preview for more effective navigation,” communicates immediately what the product is, what it does and how it benefits the user.

Moving on, the first paragraph should tell the story in a nutshell, giving all the important information.

This will get your point across to the editor as succinctly as you can, but also means they can simply cut and paste it if they have limited space to fill.

Jade Wright, a feature writer on Metro, says, “When I was training to be a journalist my tutors said that you could tell every story in a paragraph. If it doesn’t work in a top line, it’s not a story.”

The next few paragraphs contain supporting information, product details and prices, and what makes it stand out from the competition. All in descending order of importance.

Resist the temptation to give too much background information about the business in the body of the press release. Put stuff about what it does, its turnover, how many it employs, where it’s based, and so on into a separate ‘Note to editors’ after the story itself. They can decide to use it if they want to give some context.

This is not so much about targeting the right person but making sure your story is written to fit the media you’re sending it to.

If you’re writing about a ground-breaking industrial development, and want it featured in your local media, make sure your first paragraph pinpoints where the business is located so the editor can see immediately why it’s relevant to his or her readers.

If it’s your local town’s freesheet, make the location as specific as you can.

If it’s a regional daily, such as the Manchester Evening News, the Birmingham Post or the Western Daily Press, saying ‘Bolton’, ‘Solihull’ or ‘Bristol’ is fine.

You may want to send the story to both types of media, and the trade press or nationals too, so make sure you tailor the headline and first para to suit the media profile.

When writers send copy for approval, we send it as a word doc or similar.

Sometimes, we even make it look ‘professional’, with the company logo at the top of the page, use the house font and double spacing, and include an embedded picture and caption.

When you send a press release to the media, forget all that.

The best way to send out a press release is in the body of a plain text email. Not as an attached word document, and definitely not as a pdf.

Why? Because you want to make it easier for the journalist to read straight away. They may be reading it on their phone and are unlikely to bother with downloading a file just to read the copy.

Here’s how to structure your email.

Then, in the body of the press release:

A good, professional pic can be the difference between a story making page one or heading toward the recycling bin.

How to take a good pic is a subject for another day, but if you have one, don’t embed it in the email or send a hi-res image as an attachment. Embedded pics often don’t show up on a phone and massive file sizes mean hi-res pics (and the press release they’re attached to) might not even make it into the journalist’s inbox.

You can send a low-res image as an attachment but make sure you include a caption and a line about hi-res pics being available before your contact info. Captions should be clear and informative and, if there are a few people in the shot, include a left-to-right of who’s who.

Most journalists would probably prefer a non-expiring Dropbox or WeTransfer link to a selection of hi-res images, rather than an attachment.

There’s nothing a journalist likes less than an inbox full of press releases that are nothing to do with their publication.

Amy Dawson edits a social work magazine and says, “It never fails to amaze me how many press releases I receive are completely irrelevant. If my immediate reaction is, “Why have I been sent this?” then the press release has failed.

“It’s particularly frustrating because my publication is freely available to read online so it’s a matter of laziness if someone has failed to even look at it before hitting the ‘send’ button.”

Check out the publications you want to target and see who’s regularly writing stories that are relevant to your pitch. Twitter is a great way to check them out and perhaps contact them directly if you want to offer them an exclusive.

Follow #journorequests on Twitter to find out what journalists are looking to write about, too. And trade titles often publish features lists (check out their online media packs) telling you what they’re looking to focus on in the coming months.

If it’s a title you really want to get into, it’s worth sending a personalised message with the press release (see ‘ Here’s how to structure your email’).

If you’ve researched the media, pinpointed the right contact, written a superb press release, structured it properly, given access to great pics, provided clear contact details and they haven’t got back to you, there are two potential reasons why.

One, they don’t need to.  They have everything they possibly need and will write up the story, but perhaps in a week or so when covering a relevant subject.

Two, they’re not interested. Don’t beat yourself up. It happens.

Caveat: if you’ve sold the story in beforehand and the journalist has expressed an interest in receiving your story, then it’s fine to drop a follow up email or call checking it arrived, if you haven’t had a response or seen it published.

In short, make it easy for them.

Journalists are busy people. They have to write thousands of words a day so any help you can give them will be appreciated.

If you can help with interesting, relevant news in the form of well-crafted copy that doesn’t clog up their inbox with multiple attachments, written in a journalistic style they can lift straight from your email, with good supporting info, great pics and an easily identifiable route to further information, they’ll bite your arm off.

As former editor Rachel Southwood told me, “I was an editor who loved to cut and paste. PRs who understand how we work make a journalist’s job so much easier.”

I don’t want to bring you down, but there’s something you need to bear in mind when pitching ideas or sending press releases to the news media.

Sometimes your story could be absolutely brilliant and pitched perfectly for the readership of the paper or magazine.

But it’s the internet, innit.

The news media is finding it really hard to make a profit from its traditional model of.. well… providing news.

The Daily Mail is the most profitable paper in Britain mainly because of its online edition which, with its ‘sidebar of shame‘ often bears little relation to a newspaper at all.

The traditional media is competing with Google, Facebook, Reddit and all the other ‘news’ platforms out there. Fewer people read physical newspapers so, unless they operate a profitable subscription policy like The Times, most titles depend heavily on online advertising, which relies on maximising clicks.

I remember a demoralising conversation with a journalist on one of the UK’s most respected regional daily papers when I was trying to pitch a great ‘human interest’ story about the local university and its access outreach programme. A really fabulous case study about a local student from a deprived area and his now-glittering career as an international medic.

The reporter said to me, “Two years ago I’d have given this a double page spread. But now we have to think about the online story and the more click-baity, the better.”

(She did cover it in the end, giving it half a page – perhaps because she felt sorry for me!)

Things are improving, but sometimes, not getting the coverage you want is nothing to do with the strength of your story.

Many thanks to the amazing community on the Freelance PRs Facebook page for their top press release tips.

Photo by Peter Lawrence on Unsplash